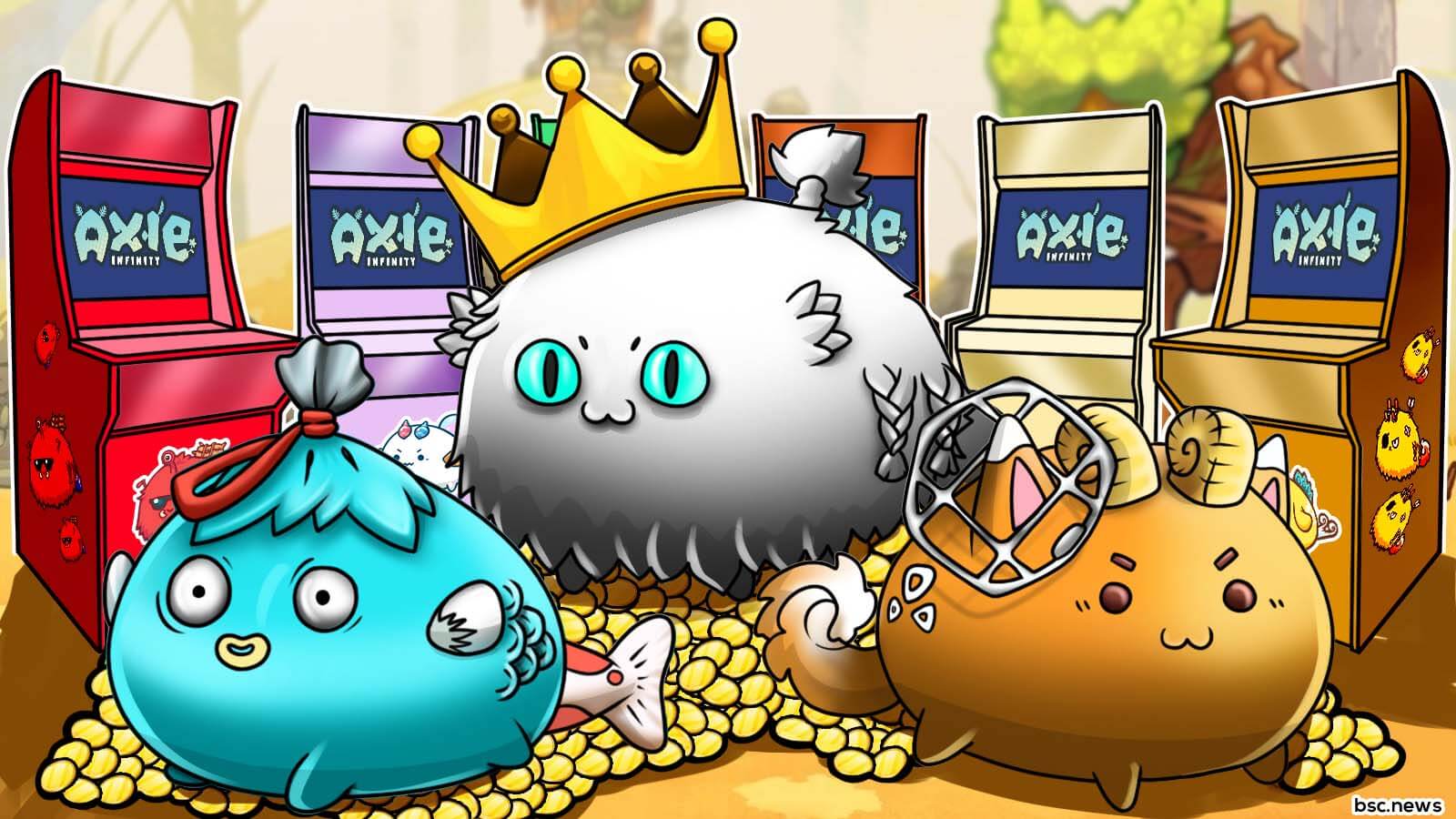 In the world today, NFT gaming has found a way of growing massively and providing an opportunity for people to earn while they play. Various NFT games such as Crazy Defense Heroes, Alien Worlds, Thetan Arena, and various others have become quite the rage due to the play-to-earn feature of these NFT games that is made available to users. This year, the rate at which NFT gaming will continue to go is actually increasing. During play, users are able to create new creatures, purchase certain things, and unlock new improvements, thereby acquiring values that can now be traded for cryptocurrencies in the new world. Now, let's take a closer look at the 6 best NFT games you should look out for this year!

How Are NFTs Being Used In Games?

Generally, when it comes to NFT games, one thing you should take note of is the fact that everything about NFT games is that users make use of NFT in all areas of the game, most especially as a game character. For instance, taking a look at one of the NFT games, "Axies Infinity", users make use of NFT characters referred to as "Axies" to fight with other users. Also, any form of digital item during the game can be an NFT, which includes weapons, portions, wearables, and even treasures. An NFT is referred to as a cryptocurrency token that looks like a unique item. As this is a form of asset that can be a collectible bit of commodity, or cryptocurrency art.

When compared to traditional games in which all assets gained are only useful within the game, NFT games are quite the opposite. In NFT games, players have the opportunity to collect, buy, and sell the NFT gained in the game’s market place, or at a general trading market such as Opensea. Also, there are certain NFT games that enable players to stake their personal NFT in order to earn special rewards, while some NFT games allow users to make use of the same asset while playing multiple games. With all this being said, there is truly a massive revolution in the gaming industry when it comes to NFT gaming.

Best NFT Games You Should Know In 2022

Since we are now conversant with the basics of NFT games, let's check out some of the best NFT games available today.

Have you been looking for one of the best NFT games on the market? Then Axie Infinity is definitely your best bet. It is considered to be the largest play-to-earn NFT game in the gaming industry today, having been the first to hit a $1 billion sale. As of now, it is known to have an overall trading volume of about $4 billion. Axie Infinity was developed by Sky Mavis, a Vietnamese start-up, as the game is a Pokémon-inspired play-to-earn game where players have the opportunity to battle, trade, and also raise creatures that are referred to as "Axies." Upon users pitting their Axies against each other, they are rewarded with an in-game currency called "small love portions" (SLP). There is also a governance token referred to as Axie Infinity Shards (AXS) that grants players certain rights to vote in the game.

Another amazing NFT game you should try out is Bomb Crypto. In 2021, this NFT game was awarded the best blockchain game. Based on research, Bomb Crypto takes second place based on the highest number of players in the last one month, while at the same time being able to generate about $157 million over the same period of time. This is another play-to-earn NFT game which revolves around characters referred to as Bomber Heroes, as these are NFTs that come with six different power stats, including speed, stamina, ability, bomb, bomb range, and power. There is also a level to how rare they are, such as rare, super rare, epic, and legendary.

Taking a look at the game mode, it offers three different types. The first is the auto-play mode, in which users can make use of heroes in planting bombs and searching for the currency of the game (BCOIN). The second is the story mode. In this game mode, for players to receive valuable items, they are required to fight monsters. And finally, the third one is the PVP mode. Here, to win NFT rewards, heroes tend to battle other players. Due to its level of simplicity, it is definitely an NFT game for you to consider.

This NFT game is considered quite popular in the world of NFT gaming. This is a free-to-play-to-earn gaming platform that combines DeFi yields farming with farming NFTs. This NFT game consists of 3 main components, which are the NFT marketplace, NFT creator, and game creator. The first component allows users to trade and rent MOMO NFTs, while the second provides the tools needed for players to create their own personal NFTs, and the final component provides the APIs required for the platform's development and launch of the game. One feature of this game is that for a player to earn more rewards and in-game currency, they need to be really active.

Crazy Defense Heroes is a whole new play-to-earn NFT game which was developed by Animoca Brands, and the game is built on the polygon blockchain. Crazy Defense Heroes is a tower defense game that enables users to select from different backgrounds and towers that suit their preferences. It has multiple modes alongside card collectibles. In this game, the user is able to discover their own defense strategy by making use of a series of spells, heroes, equipment cards, and towers. The game rewards players who play the game on tower platforms with its currency, known as "TOWER," as it allows players to make in-game transactions with this currency. If you are new to playing NFT games, then this is one you should consider playing.

The Alien World is considered to be an NFT Metaverse that spreads over seven planets with the aim of earning the in-game currency referred to as Trillium (TLM), which can then be traded for cash. In order to complete the pool prize, players can send virtual spaceships on missions or even mine TLM all through the Metaverse, thereby receiving up to 5 NFTs after the completion of a particular mission. Alien World is a NFT game that is growing rapidly in the gaming market, having the top position in the user base ranking. Looking through the gameplay, users are expected to comb through the metaverse across all 7 planets in order to mine Trillium. The in-game currency can be used either to stake for a voting right or to buy NFTs.

This NFT game is a newly launched play-to-earn multiplayer game which is built on the BSC blockchain. It is an online battle arena where players and their acquittals can create a team and fight against several gameplay options. Some of the gameplay modes include Deathmatch, Battle Royale, and Superstar. One of the unique features of the game that makes it quite popular is its amazing game graphics and easy gameplay. It offers two in-game currencies known as Thetan Coin, which is the major in-game currency, and Thetan Gem, which is the governance token. Now, let’s talk about the gameplay. This NFT game revolves around certain characters referred to as "Heroes," and they are made available in 3 stages, which are Assassin, Marksman, and Tank. After earning the in-game currency, users can either use it to build their heroes, or consider staking it to earn more rewards.

How To Start Playing NFT Games?

In order to begin your journey of playing NFT games, you first need to choose one game that you know you will enjoy playing and seem interested in. After you have discovered your favorite NFT game out of the numerous games available, you can go ahead and purchase the game’s assets. To do this, a cryptocurrency wallet is required, as is some cryptocurrency in order to purchase the token. The next step to take is to sign up on the game’s website. After undergoing the whole sign-up process, you can purchase the required NFT from their marketplace, and you are good to go.

Listed above are just six out of the endless list of the best NFT games available to players. Other games to consider include Mirandus, Champion Ascension, The Sandbox, Illuvium, and lots more. Due to the constant evolution of the NFT gaming industry, there are chances that more NFT games will still be developed.

In conclusion, there has been a blend of the concept of NFT games with the regular ones. As a result of this, players get to enjoy playing their favorite game and, at the same time, trade things. This can be seen as one of the best ways of making money, and these NFT games are available to help you manage your money effectively.