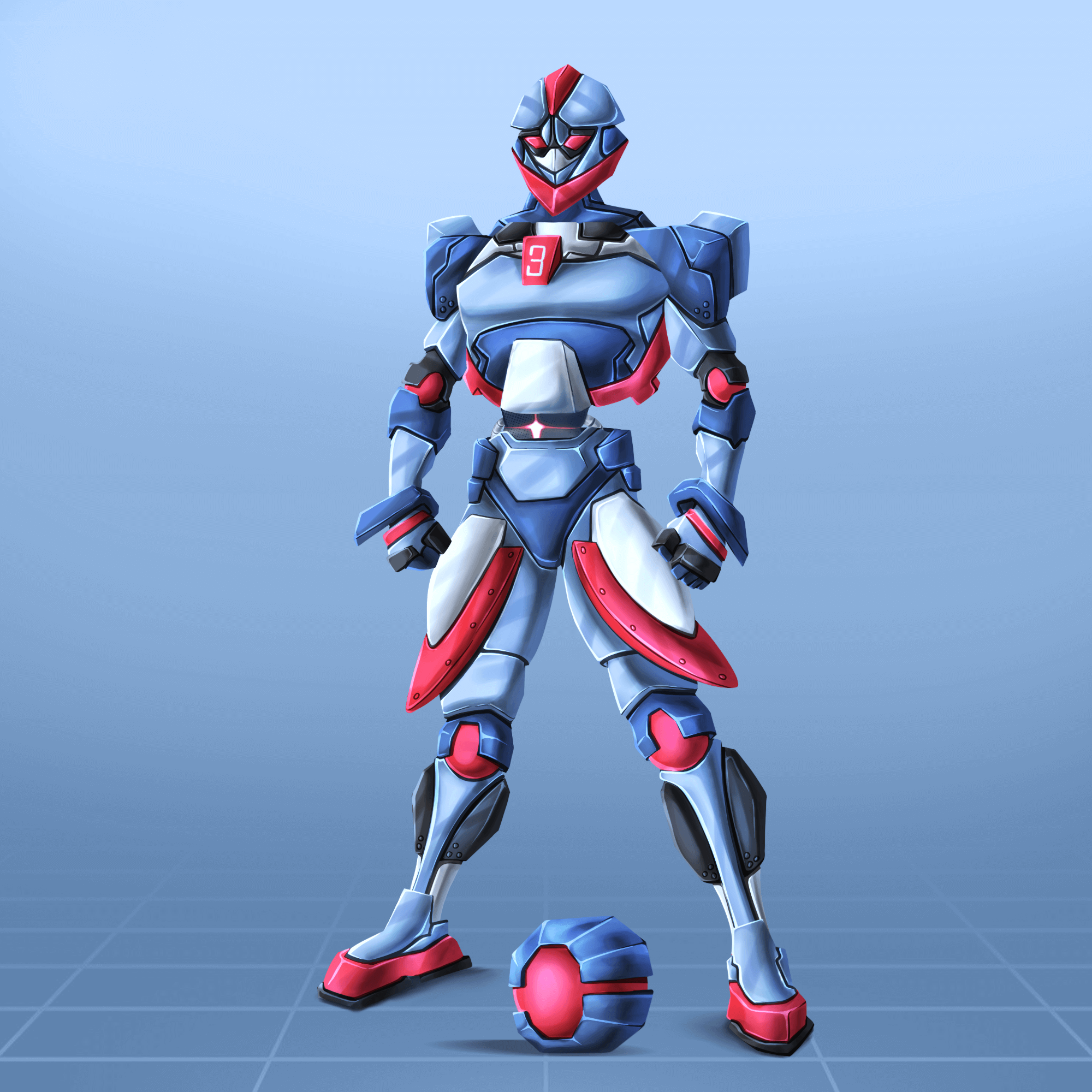 Planet Dribblie is an extraordinarylocation. It's brimming with the Quasar crystal, which gives an endless supplyof energy. For hundreds of years, four species - Titans, Aliens, Robots, andHumanoids - have been slaying each other to win possession of Quasar crystals. Therewas no longer any prospect of life, and the commanders of each species' armydecided that conflict would soon destroy the cosmos. They spoke on how todistribute Quasar among the species in a more peaceful way. They agreed to putan end to the battle by playing football and awarding the crystals to thevictors. The choice restored peace to planet Dribblie, as species begancooperating to collect crystals and contribute their talents, intelligence, andaggression to the game. When the battle ended, everyone looked to themanagement to prevent further violence. They are in charge of creating,managing, and challenging others for the Quasar crystals.

They are acollective of business developers, game developers, blockchain professionals,and football fanatics with over 10 years of experience in the industry. Theirmission is to decentralize the gaming industry and create a game thatprioritizes collaboration.

The need for newplayers will soar as more managers enter the game. The first members have thechance to control the supply, develop new players by staking managers in theYouth Academy, and sell them on the market.

Following the NFTsales, Dribblie's DRBL coin will be listed on several launchpads such as seedify,safelaunch, and others. The DRBL coin, which will be the game's governancetoken, will be given to the first Dribblie NFT holders as part of thetokenomics.

The initialmembers will have the power to affect not just their teams, but the wholeproject as a whole. DAO refers to the project's treasury cash, ownershiprights, and the ability to make major choices.

The whitelistplaces for future drops will be kept for the first holders.

The first 10,000players will be guaranteed a spot in the upper Divisions when the game starts.The more divides there are, the better the incentives. Teams in the topdivisions may be able to sell for a higher price on the open market.

According to thewebsite, the project's timeline is as follows:

Their programmersare already at work. Their development team began putting their plans intoaction after months of preparation and study. Their goal is to develop acommunity-driven game that is completely decentralized and offers genuineincentives to future participants.

Dribblie Discordis a giant playground where everyone may have a good time in the many channels.These channels provide a challenging environment in which the community isencouraged to grind nonstop. You may win a variety of cash prizes and competein daily events here. Members of the server can win cash prizes ranging from$50 to $15,000.

This is when allof the species awaken. Both a pre-sale and a public sale are available.

Tokens used ingames and governance are what motivates players and the community to keep thegame moving forward. The robust and efficient community participating inproject development, however, is what attracts launchpads and investors.Launchpads like as Safelaunch, Seedify, and others will be used to launch coinoffers.

Professionalfootball players have abilities and skills in real life, but they can nowaccess superpowers with Dribblie. The team will seek to establish strongrelationships with well-known people and collaborate with them for promotionalobjectives. They also want to incorporate them into their community and havevoice chats with them in a private Discord channel that only the members of theexclusive community can access.

Transfers onplanet Dribblie may be made at any moment, unlike football on Earth. Themarketplace will go live in Q3, and managers will be able to start swappingplayers and assets. They plan to launch the Marketplace ahead of schedulebecause it is an important aspect of the project.

The Game Demo isnow available! The community and marketplace will increase exponentially as aresult of this experiment. Not all functions will be available, but there willbe enough to allow users to begin earning. The Play2Earn mechanisms will be putto the test, and all user data will be gathered in order to make a beautifulgame. Participation from the community is much valued.

New talents arediscovered at the Youth Academy. Members are in charge of supplying new playerswhen the youth academy community has been launched. New players are created andmay be sold on the market by stake managers in the youth academy. One of themost effective methods to profit from the sale of young athletes is toestablish a youth academy.

Stadiums aresimilar to Dribblie Planet lands. It provides a significant edge during gamesand may be purchased on the secondary or main market.

The DAO’s first10,000 holders are given lifelong membership. The DAO is in charge ofmaintaining the gaming environment safe and secure. Because Dribblie is adecentralized game, the DAO is critical to keeping things running properly. Thetreasury fund, which will be collected through marketplace sales, will bemanaged by DAO members.

Their marketplacesells all of the spectacular clothes for Titans, Aliens, Robots, and Humanoids.This will assist the project in moving forward and attracting a large audience.

Players' powerrankings are boosted by in-game assets. In-game assets will be available on themarketplace before the complete game releases.

The entire gamecomes to life and begins to soar.

Weekly and DailyQuests - In order to keep our audience and community engaged and interested,there will be frequent  challenges toearn extra coins or assets.

The Loan2Earnmechanisms put savvy investors and entrepreneurs in control of the situation.To generate a steady stream of income, entrepreneurs may loan out theirplayers, assets, stadiums, and any in-game NFTs.

There may befurther species and galaxies shown on the Dribblie Arena.

Additionalinformation is available on the Dribblie website, social media pages, andDiscord channel. DBRL plan to release their new album in May. Keep an eye outfor announcements on the next drop on their discord, Twitter, and other socialmedia sites.

Dribblie is acommunity-driven, play-to-earn game in which you control a virtual footballteam and compete against players from all around the world. In Dribblie, yourgoal is to assemble a good squad and hone their abilities by competing indivision or cup matches. Dribblie differs from other football management gamesin that you truly own your players, stadiums, and other assets, and they havereal-world worth. It features a functioning economy that makes use ofblockchain technology to provide you complete asset ownership and control.

The Market Report | Find out which play-to-earn games are better than Axie Infinity.